I am an Assistant Professor of Law at the University of Haifa. I am also a lecturer in the MBA program at the Technion, Israel Institute of Technology, and a research fellow at the Rutgers Institute for the Study of Employee Ownership and Profit Sharing.

I am primarily interested in corporate law and governance and securities regulation, with a focus on venture capital and entrepreneurship. While corporate law literature focuses mainly on public corporations and markets, venture-backed firms account for an increasingly large share of overall economic activity. Considering this long-term trend, my scholarship examines how legal conditions facilitate the growth of these companies and the distribution of wealth they produce. As part of my research, I explore the relationship between venture capital and human capital investments, in an attempt to redefine the boundaries between corporate and securities law, on the one hand, and labor law, on the other hand.

Israel is known as the “start-up nation”. Israeli start-ups raise billions of dollars in venture capital each year and form the lifeblood of Israel’s high-tech economy. However, the ever-growing importance of start-ups in the global and Israeli economies still awaits appropriate academic attention. In Israel, as elsewhere, the corporate law literature focuses almost exclusively on public companies. This article takes a first step towards addressing this omission. The article (1) discusses the unique characteristics of venture capital-backed companies as organizations that enable collaboration between venture capitalists and human capital providers; (2) explains how these characteristics are reflected in the corporate governance of start-ups; and (3) illustrates the argument by commentating on decisions by Israeli courts concerning start-up shareholder disputes. The article presents two main contributions. First, it argues that start-ups do not fit either the classic principal-agent theory of corporate law or the team production theory of corporate law as sole explanations. Instead, it proposes a synthesis of these two dominant models of corporate governance, namely “team production by joint ownership”. Several implications of the theory are discussed, including the content of fiduciary duties and corporate purpose. I also argue that this refined view of start-up governance explains the Delaware courts’ approach to corporate governance of start-ups more eloquently than other theories. Second, the article illustrates that Israeli courts tend to apply assumptions and precedents that arise from mature companies to start-ups without discussing the need to distinguish the circumstances. Consequently, there are discrepancies between common norms and culture in venture capital-backed companies and the development of Israeli case law. The article warns that if this trend continues, it may cause a rift between law in books and law in action with regard to start-ups and venture capital. The article concludes with recommendations for improving the situation, including the use of court-appointed experts with specific expertise in venture capital finance and strengthening legal education in start-up law.

The securities regulation regime has traditionally focused almost exclusively on financial capital investments. However, the widespread and growing practice of providing equity compensation has transformed high-skilled labor from a pure employment relationship into one that involves a significant investment component. I argue that it is therefore time for securities regulators to catch up with market dynamics and address the challenges of human capital investments by start-up employees. The article establishes, both on theoretical and empirical grounds, that, similarly to financial capital investments, human capital investments are susceptible to agency problems and information asymmetry. It argues that the current framework—namely, Rule 701, adopted by the SEC in 1988—fails to address these concerns. The article offers an outline for better regulation of the relationship between private issuers and their equity-compensated employees by tailoring the disclosure requirements under Rule 701 to the distinct attributes of venture capital-backed firms.

Beyond Covenants Not to Compete: Equilibrium in High-Tech Startup Labor Markets

The paper examines an understudied aspect in the literature on employee mobility and innovation—the impact of employee stock options on talent allocation. My research reconciles between two schools of thought regarding noncompete agreement by highlighting the role of Silicon Valley’s business norm of granting stock options to virtually all employees. This custom emerged during Silicon Valley’s inception as an alternative model to the more centralized and hierarchical organizational culture of East Coast corporate America, which held that companies should reserve equity grants solely to senior management. My work suggests that Silicon Valley start-ups can capture the returns on their investments in training and innovation despite California’s ban on noncompetes because stock options generate a retention incentive that offsets employees’ incentive to free ride on these investments. However, unlike noncompete agreements, stock options induce retention in a highly selective manner: they temporarily suppress the mobility of employees of successful private companies (because, due to tax considerations, employees holding valuable options wait for a liquidity event, such as an initial public offering or acquisition, to cash out), but they do not limit the earning potential and mobility of laid-off employees and of employees of unsuccessful companies (whose stock options are virtually worthless). Stock options thus create an efficient breach mechanism that channels employees of less successful firms toward more promising ones and prevents inefficient retention. The paper also explores the crucial role of liquidity in the constant development of start-up ecosystems. Due to the retention effect of valuable but illiquid equity grants, I argue that companies’ current tendency to delay holding liquidity events might overly restrict the mobility of employees of large private companies and impair the talent allocation mechanism that gave Silicon Valley its competitive edge.

The Effect of Specialised Courts over Time

This paper examines the effect of creating a specialised economic court on subsequent litigation rates, forum selection, and court performance. To do so, we utilized a quasi-experimental research design and compared court decisions under two time frames: before and after the reform, and two judicial frameworks: the specialised court vs. generalist courts. Using unique data from Israel, where an Economic Division within the Tel Aviv District Court was established in the last decade, we find evidence that specialisation fosters a fast development of a coherent and consistent body of law. This effect is driven by fast adjudication and by judges’ relying on each other’s past decisions to jointly develop the case law. Importantly, although increased efficiency was not exclusively related to specialisation, further analysis suggests that the specialised division is more capable of managing a particularly time-consuming docket. Lastly, although the reform did not lead to the initiation of a greater number of lawsuits, it did cause a major shift in forum selection. We conclude that specialisation may be especially productive in developing markets like Israel, where the use of private lawsuits to promote investor protection is relatively new and growing rapidly.

All That Glitters is Not Gold: Conjoint Analysis of Start-up Equity-Based Compensation Arrangements

Venture capital-backed startups heavily rely on equity-based compensation to attract and retain talent. However, since the securities of these companies are not actively traded, it is unclear how much these grants are worth. The disclosure requirements for compensatory equity issuances by private companies under Rule 701 of the 1933 Securities Act are also extremely lax, providing almost no information that can be relied upon. As a result, legal and finance scholars have cautioned that startup employees may overestimate the value of their equity grants. In this study, we explore employees’ preferences regarding equity compensation arrangements. There are many factors involved in the design of equity-based compensation arrangements, including the capital structure of the company, the type of securities offered (mostly stock options or restricted stock units), the vesting schedule, and the exercise price. Almost no research has been conducted on how these attributes impact startups’ ability to recruit talent and how they interact with cash compensation. Using a novel experimental conjoint design and a cohort of startup employees, we explore the relative influence of each of these factors on the value of competing startup job offers. We consider the policy implications of our findings.

Equity compensation grants for rank-and-file employees are common among venture-backed start-ups and are considered an ingrained part of their business culture. However, extremely little is known about start-up employee equity holders. This article takes a first step toward filling this gap. More than 1,000 U.S. employees with a college-level STEM degree participated in a survey experiment. Through the combination of natural language processing and machine learning techniques with conventional regression modeling, we examine employees’ financial literacy regarding equity-based compensation and their willingness to forego cash compensation for start-up equity. The findings indicate that employees commonly respond to economically irrelevant signals and misinterpret other important financial signals. Thus, respondents demonstrated a greater demand for equity grants when the number of shares offered was relatively large, even though the ownership percentage was fixed. This tendency is associated with low level of financial literacy regarding equity-based compensation as measured by a three-item test developed in this study. The findings suggest that employees harbor a range of “market illusions” regarding start-up equity that can lead to inefficiencies in the labor market and that sophisticated employers can legally exploit. The study’s results raise serious questions about the protection of employees in their investor capacity in a market in which highly sophisticated repeat players—namely, venture capital and other private equity investors—interact with unorganized and uninformed retail investors.

Investment terms will toughen; employees will take the hit 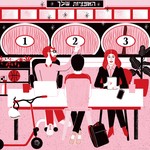